Titas of Bacolod go on a trip.

We were thinking of going out of the country this year but since election period is nearing, some of us (that’s you and me, Mika) have to stay put. This was initially supposed to be a Vigan trip, I’m not really sure how we ended deciding on Cebu. Two were flying in from Manila and the rest of us hitched a ride with Aissa’s brother to Cebu. We left round 1AM because we took long at McDonald’s. When we arrived at San Carlos City, we missed the 3AM trip. Rode the 5AM and docked at Toledo port round 7AM I think. 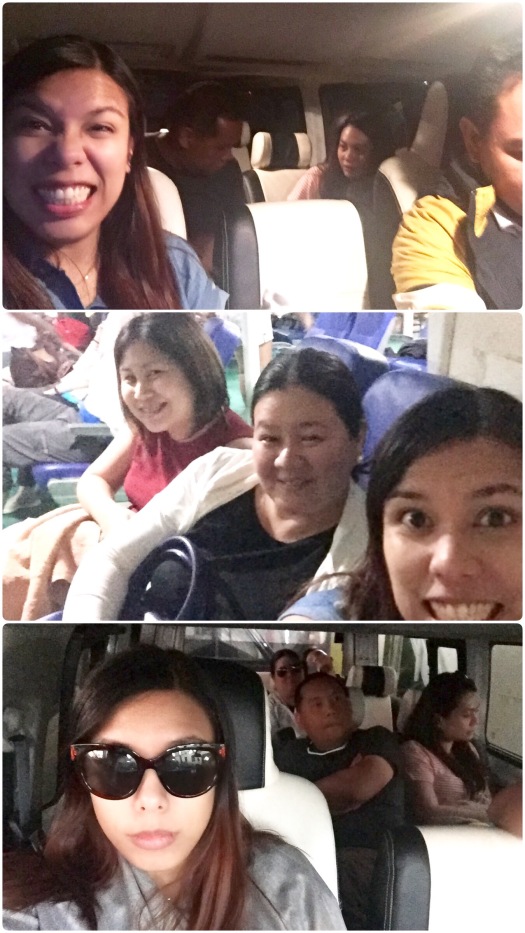 From Toledo, it normally takes an hour and a half to Cebu (via SRP) but everyone decided to pass by Simala first. The Marian Shrine they say is miraculous, people flocking the place to ask for intercession. When we got in, my first impression was wow, this is some theme park. People were swarming. I felt like the essence of the place was lost because it somehow became a tourist spot. 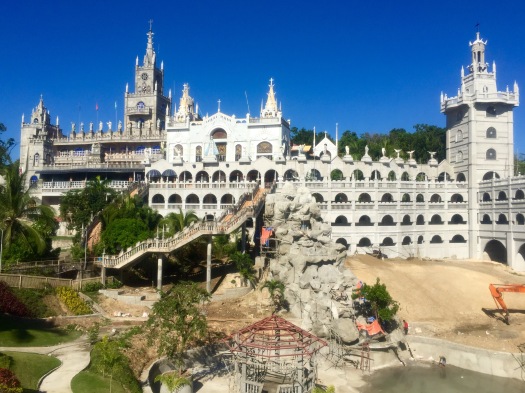 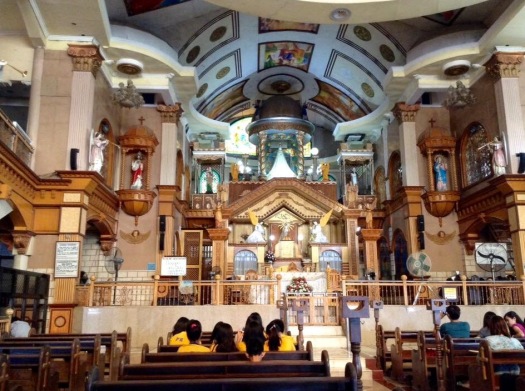 But anyway, I lit my candles and said my prayers. I thanked God for a safe trip and wonderful weather.

As we were about to leave, we found out that these two got engaged. Somewhere between the bustling of people, wiping statues and lighting candles, he popped the question and we saw her jump hug him. Congratulations Manong Jun and Tin!

Saw this yellow moth at the banyo. Luck? Sign?

Arrived in Cebu quarter past 12, I think. Had lunch and got drunk on coffee. At this point, I haven’t had any sleep.

When those from Manila arrived, we went to Ayala to do some shopping of course. It was just right across the hotel we were staying at, how convenient.

After shopping, we had dinner at Brique,

and vino at Maya.

Aissa wanted to go clubbing (hahaha I’m not kidding) but the rest of us titas just wanted to chill. This was at Crossroads. Last time I was there, Vudu still existed (lol). So long ago.

When we decided with Cebu for this year, we planned to just go to the beach. When February neared, we found out that there was a long weekend so we grabbed that so for those of us working won’t be filing leaves anymore. First place we checked was Shangri-la but it was fully booked, so was Bluewater, because well the long weekend was Chinese New Year. Most of the hotels were full so we opted to stay in Cebu then a day trip to Mactan. Checked and decided on Movenpick since their day pass was cheaper compared to Shangri-la (add about 2,000 and you already get a room).

Place is nice, beach is small though. Weather was perrrrrfect.

They accommodate a maximum of 100 people per day for the day tours and we were lucky enough to have availed since they did not accept reservations for walk-ins and when we called earlier, they only had 5 slots left. We arrived round 11AM and welcomed ourselves with ice cold beer. 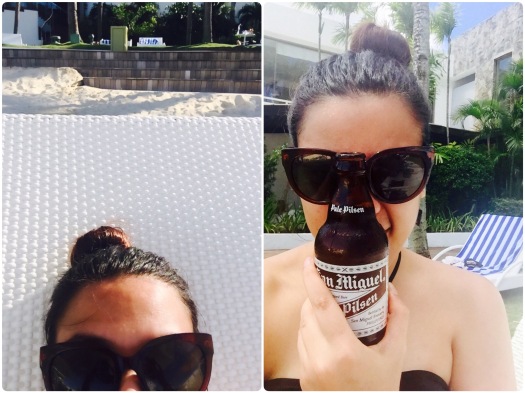 Somewhere in this parallel universe, sunlit skin and names in grains. 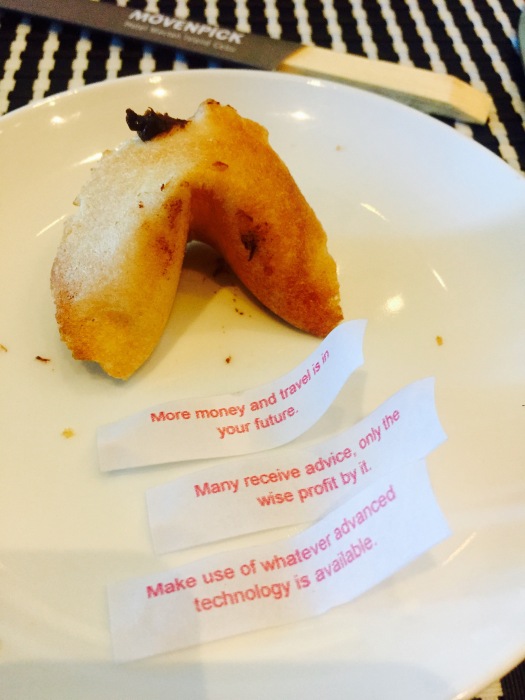 How weird that all three would be in the last cookie I randomly get. Oh and unlimited mimosas.

We stayed until sunset and went back to the hotel when the beer and mimosas were starting to kick in. 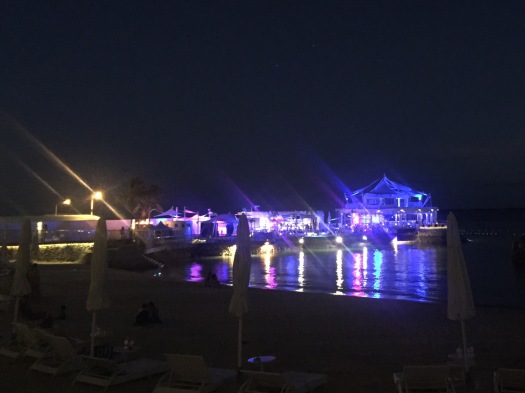 Went to Rico’s for dinner but they ran out of lechon so we went to Zubuchon instead in Escario. Hit the Casino after and it was so full! All those people (including us) trying to get lucky because it’s Chinese New Year. Did a few slots and had a beer at the bar.

Before heading to the port, we passed by S&R to buy some junk to bring home (lol). Lunched at Bigby’s because everyone was missing it. All its branches in Bacolod has closed. 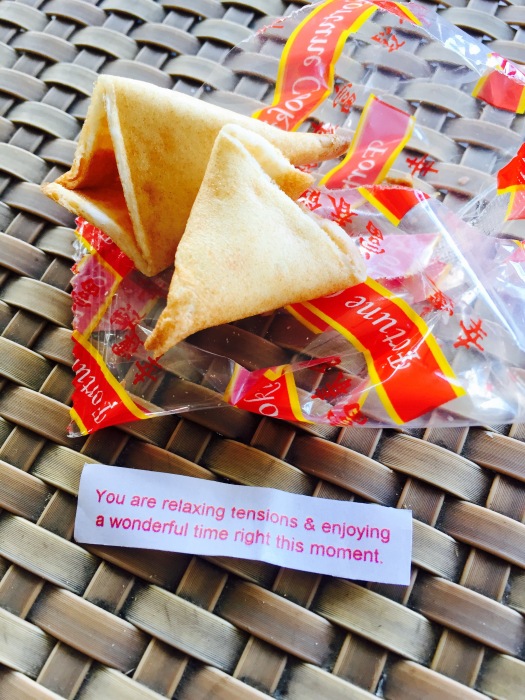 Arrived in Toledo and what’s new, we missed the 4PM trip. Killed time at McDonald’s and took the 6PM home.

Half a face because I’m all red and sunburnt. 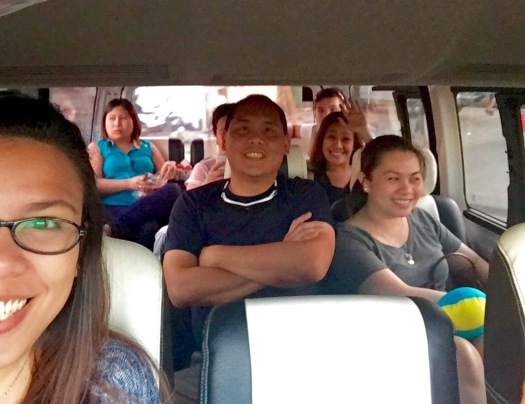