It’s true when they say that the best laid plans are no plans at all. This very spontaneous trip for us first timers and I swear, I had so much fun!

Only high tides and good vibes!

Pretty sunrise outside my window.

Woke up at 4am to catch my flight to Manila, transferred to Puerto Prinsesa, endured the grueling 5-hour van ride to El Nido, arrived at 8pm feeling nauseous and sick. Planned to just stay at the guesthouse we checked into because everyone was not feeling well but damn we needed to eat.

For budget travelers, we stayed at Sophia’s Beach Guesthouse in Corong-Corong, El Nido. It’s a beachfront accommodation, can accommodate families or groups, ours was a room good for four with free breakfast, free wifi, a/c and hot and cold shower. Quiet place just a few minutes away from the town center.

Decided to go to town to have dinner and maybe a few bottles to knock ourselves out. We went to Happiness Beach Bar for light food and some drinks. They serve a delicious variety of healthy vegetarian, vegan, and gluten-free Middle Eastern/Mediterranean food.

The manager also gave us free shots! After a few beers, we asked where most people go on Saturdays and they suggested Sava Bar or Pukka Bar. Yep, this was the plan of people who were feeling sick and wanted to stay in, lol.

Ended up in Pukka Bar and Pangolin, met a few friends and wasn’t really expecting to have so much fun!

Went back to our accommodation at 3am, swam under the moonlight, and was locked out (hahaha).

Pretty much lazed in bed half of the day, only time was forced to get up was to buy Jampong from the convenience store across the street, will be our best friend every morning for the next few days, so good for that “mild”hangover.

They say Corong-Corong has the best sunsets so in the afternoon, after we decided it was time to really get up, we went to Panorama Beach Club for happy hour. Actually, being our cheap selves, we brought a bottle of scotch we bought in Puerto Princesa and just paid for corkage, lol. We did buy pica pica. 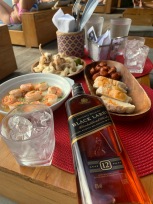 Then this spectacular sunset. 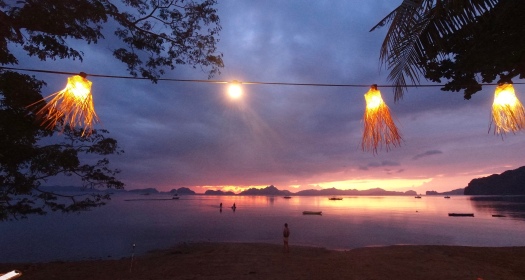 Finally woke up early for our island hopping tour. We took Tour A, the popular one. It’s P1,200 per person inclusive of lunch and features 5 islands. You also have to pay for a P200 environmental fee and entrance to the Big or Small Lagoon.

So this is how El Nido town looks like in the morning, lol.

I love that the white sand here is fine and the water is not that salty, crystal clear too. Picturesque beach lined with coconut trees against the dramatic backdrop of limestone cliffs. There is a resort on the island, has quite a few stores and beach volleyball.

A little bit of history or maybe folklore, the beach got it’s name because of the 7 soldiers who got stranded on the island during WWII.

As they say, the highlight of Tour A — a wide stretch of emerald waters dotted with dark limestone cliffs. Such a beauty. We had to rent a kayak to go in. There’s also a hidden tunnel inside the lagoon. 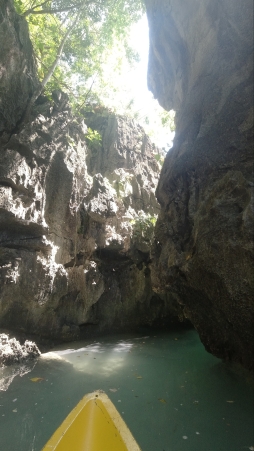 The island was named after a Japanese diver who was trapped in an underwater tunnel while exploring the waters of El Nido. Tragic.

Anyhow, the island is a popular lunch spot. Good thing we arrived late so it was just us and another group on the beach, not that crowded. There were lots of monitor lizards and snakes too! Totally harmless, just don’t go near them.

One of the popular dive sites in El Nido, our fourth stop for some snorkeling. But the waves were quite strong and the water was too salty.

Our final stop for the tour. 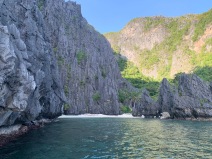 The entrance to the lagoon was quite challenging, it was really rocky, like sharp rocky that you would definitely need aqua shoes. As you approach the cove, there is a small hole on the left that you’d have to crawl into that would lead you to the secret lagoon. It’s a hidden pool of water inside a limestone cliff. 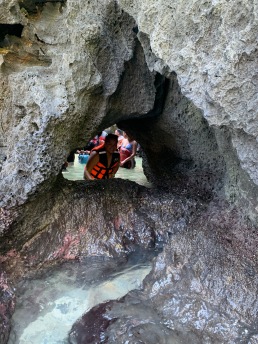 And on the opposite side is just this surreal beach paradise scaled by towering limestone walls and dusty white sand. THIS was the highlight of my tour. I swear I could not stop saying how beautiful this place was.

Thank you Kuya Nathan and Kuya Blondie (guy far left) who lost 2 environmental fee receipts resulting to us leaving town to start the tour really late and baking us under the noon sun (hahaha). Good fun!

After the tour, we were famished and ate for a bit, rested for a bit then went to this full moon party at The Gardens in Nacpan. Was not really the greatest experience. The ticket was for P1,000: entrance, 1 free drink and free round trip shuttle service. The transfers were chaotic, with everyone pushing to get into the van that supposedly leaves every hour. Take note that it takes around more than 30 minutes to go to Nacpan and they only had a limited number of vans. They had to hire random ones just to accommodate. We left around 11pm and arrived at the venue quite late, I was expecting it to be like at the beach or something, it was not, just literally by the pool, lol. The music was not that great either. Like a jumble of rave, house, rnb, pop and budots. The 35 foot slide was kinda cool though. Wasted 1 grand, should’ve just went on that date instead, might’ve been much more fun, hahaha. 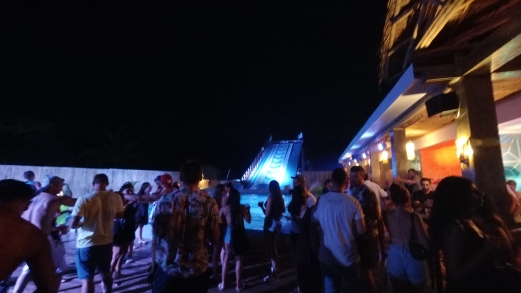 This is the effin highlight of my trip. Kept going back to that store behind Pukka bar. 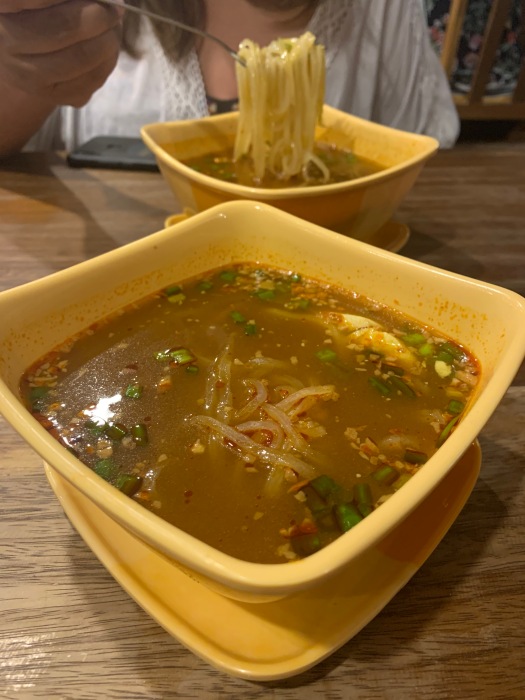 Our last full day on the island. Spent the afternoon at Maremegmeg Beach Bar in Vanilla Beach.

Capped off the night at Havana Beach Bar with Mike and the Wolf and freakin 280 shot tequilas. 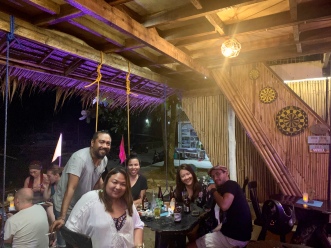 Thank you so much El Nido! I seriously enjoyed this super fun and spontaneous trip with the best girls!