The initial plan was to climb Mt. Pulag for the weekend but then the weather did not permit us to do so. Was devastated, maybe a bit. Thank you so much Hanna! Will have to reschedule this one some other time I guess.

So what went down…

Since we already had tickets, Pam and I flew out to meet the other half in Manila. 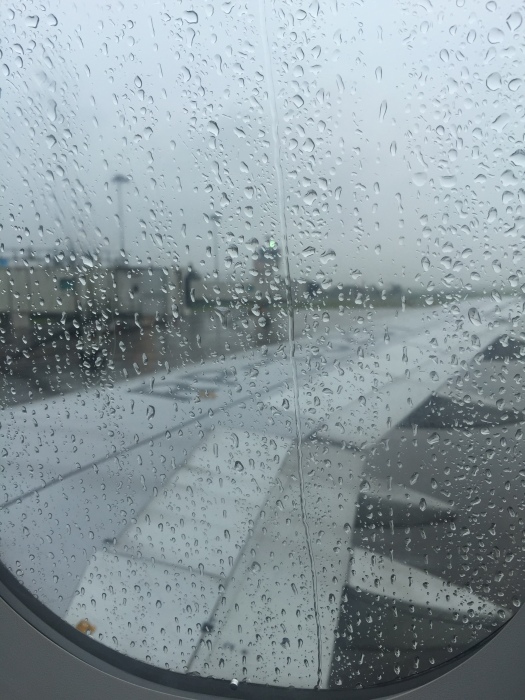 This was the closest we got to that sea of clouds we were supposed to see that weekend.

So it was Friday and when we arrived everyone was still at work. Dropped off our stuff at Joby’s place since we were crashing there. Was famished, roamed around BGC to find somewhere to eat that’s just near. This was late lunch at Persia Grill, the interior was very pretty, food was good.

Had coffee and chilled for a bit at the nearest Coffee Bean before we went back to Joby’s condo. I finished my book while Pam caught up with work before we met up with everyone else.

Friday night tip: should make reservations waaaaaaaay ahead if you want to get a table. Had ours at Barcino. Wine and Spanish food. Complete attendance! 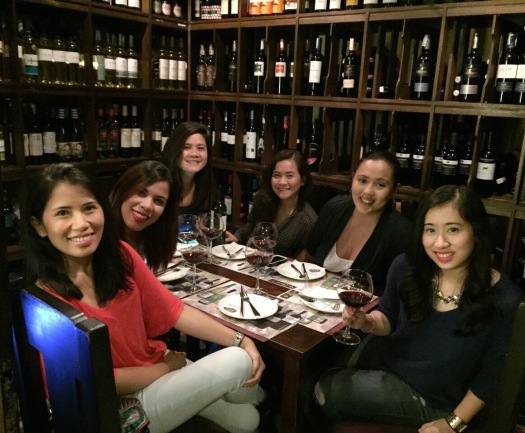 I can’t quite remember what food we ordered but I believe it was good. What I remember though was having two bottles of really good Shiraz at 13%. Though this may be normal for wine, it’s actually below average for a Shiraz, I’m a lightweight so 13% is pretty strong for me. Don’t judge.

Not sure what was going on here but yeah, blaming it on the wine.

That’s my very pretty friend right there. She and her team made the most recent Nestle Chuckie tv commercial and I’m hella proud of her!

Passed by Reserve and Tipsy Pig but was on wait list. Ended up at Burgers and Brewskies. No more wine for me, just my ever reliable Jack D. (On a much sober note, their burgers are really good, like really really good. Big, fat, juicy, generous, delicious, gaaahd.)

Ended our night with Ministop chicken and fried wantons and sharksfin for takeout. I miss! I think this was the highlight of my night (hahaha).

Road trip the next day, off to Tagaytay for lunch.

Played heads up to kill time. Traffic was not that heavy. Passed by a number of lambos on the way, might have been 6 or 8 of them, not sure if they were from a show. Twas cool to watch as they drove by really fast, one after the other, in different colors. It was really foggy when we arrived, but then again there’s a storm so, yeah. No view, all we saw was fog. I think everyone’s fog lamps were on. Sky Ranch was off the list, what a bummer. 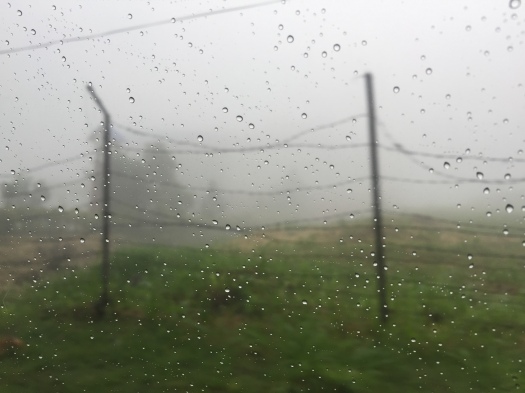 BUT! lunch at Breakfast at Antonio’s made up for it.

Had coffee at Starbucks after, the one on Calamba Road beside Country Suites, where it’s supposed to have an incredible view of the Taal lake and volcano. Unfortunately, I didn’t get any good photos because 1. It was packed and we didn’t have a decent spot for a view and 2. It was really foggy.

It cleared when we were homebound, round 5pm-ish I think.

Went straight to Draft when we arrived in Makati. That’s a liter of beer for each of us. Or was it just me and Joby?

On Sunday, after having lunch at JT’s, I met up with Mary Rose at Market Market to buy some stuff for the kids. We got stranded in High Street, it was raining really hard and found a bit of an excuse to have coffee and catch up on the latest gossip, though I was running late for dinner.

This was dinner at Miel’s Tita Chiqui’s pad. Yellow Cab and four bottles of wine. Was trying really hard to get my senses intact.

Though what we initially planned, due to unforseen (raaaar) circumstances, didn’t push through (no Mt. Pulag, no manghuhula), I had an awesome birthday weekend because what really mattered was getting together with the other parts of me.

I had five cakes on my birthday! 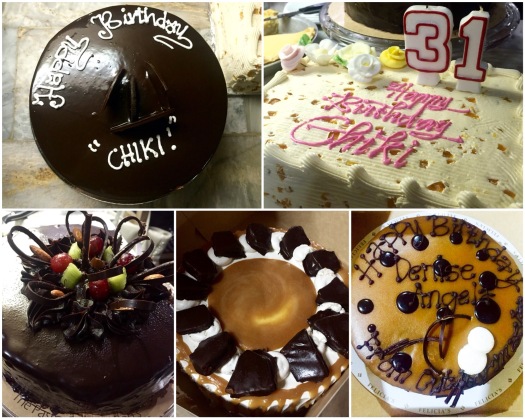 And celebrated with those closest to my heart ❤️