For those who know me, I’m not a tv or a movie person. I’ve been watching a lot of movies lately though, well, watching what my kids have been watching and it’s amazing how you get to learn a lot of things from these movies. My kids are aged 10 and 9 so I’m not really sure if  they actually learn something or maybe they just watch because it is entertaining or interesting, but, well, it somehow had me thinking.

They’ve recently watched Smurfs 2, Epic, Percy Jackson: Sea of Monsters and Frozen (that’s a lot of movies for me!). And one thing these movies has subliminally pointed out is the importance of family. Papa Smurf going after Smurfette when she was kidnapped by the Naughties; Mary Katherine and her father’s reconciliation; Hermes’ acknowledgement of Luke and his endless effort in trying to reach out to him; Percy Jackson accepting his half-brother despite their differences; Anna continuously pursuing Elsa, never giving up on her sister despite being brushed off and pushed away. Family ties are upheld and applauded in these movies.

One constant point these movies has also captured and I guess is trying to promote is that you never give up on family.

(*Intoxicating elements doesn’t necessarily have to be alcohol or drug related. Remember, online shopping is also intoxicating, get what I mean..)

And because this person did a lot of undesirable things and hurt us to the extent that you could not even begin to describe what to feel, does this mean that it is right to abandon them and simply give up on them?

But let us go back to what God teaches us about sheep.

In the parable of the lost sheep, there was a man who had a hundred sheep. Every morning he took them from the fold (a place where they stayed at night) on a hillside and led them to new, fresh pastures. Later in the day he would bring them to a quiet stream, or, if there wasn’t any stream nearby, he would draw water from a well for them to drink. At night the good shepherd took them up the hill again to the fold. Everyday the sheep followed the shepherd wherever he took them. He called them by name and they came to him. Every night he would count them to make sure they were all there.

One night one little sheep was missing. Somehow it had strayed away and became lost. If the shepherd left it and didn’t go look for it, it would surely be killed by some wild animals. The shepherd did not want to leave it. He left the other sheep and went to find it. He went searching until he found the lost one. (Matthew 18:12-13) When he found it, it was tired, hungry and cold. The good shepherd put the little sheep on his shoulder and carried it back to the fold. He did not scold it, but he rejoiced and was very happy that he had found the little sheep.

(Lesson 44: The Parable of the Lost Sheep)

The Shepherd represents the family and the lost sheep is well the “black sheep”. Do we even know what it’s like to lose our bearing and to be hopelessly adrift in uncertainty? To be alone, lost and disoriented without a sense of direction is one of the worst fears we can ever encounter. Somehow, lost black sheep are very well acquainted with this feeling.

Smurfette is not Papa Smurf’s daughter but he treated her as his own. And when she was lost, Papa Smurf went after her, searched for her to bring her home. When he found her, she was all bad and naughty, just as what she was created to be but he still pursued her, believed that there is a part of her that is good, that she is better than what she is supposed to be. Papa Smurf did not give up on Smurfette.

Elsa froze all of Arendelle. She continuously pushed Anna away. But Anna believed that her sister is not the monster that everyone perceives her to be so she didn’t give up in reaching out to her, she went after her and pursued bringing her home, assuring Elsa that everything will be okay, that she is more than her fears, and that she could undo whatever damage she has done. Anna cared, always uplifting the good she found in Elsa and she loved her unconditionally, to the point that she more so willingly gave up her own life to save her sister.

A Pastor I met for counseling once told me that as long as there is life, there is hope and when there is hope there is a chance for change. If it is still savable, save it. God is our redeemer, and God saved us from all the sin of the world.

Apparently, the family is your loudest doorknocker, they will force you to open your doors. They will scold you or punish you cruelly for the stupidest, unthinkable mistakes, but having said that, the family presumably will never leave you alone or throw you out of their lives. Psychologically speaking, this forgiving nature will keep a lost sheep, a Smurfette, an Elsa, from committing further mistakes.

We are all anchored to our families. They make us who we are. If one wanders lost, search and save. Because ideally, you never give up on family.

Family. Blood related or not, they are your security blanket, your protection, your madness, your home, your unconditional love. 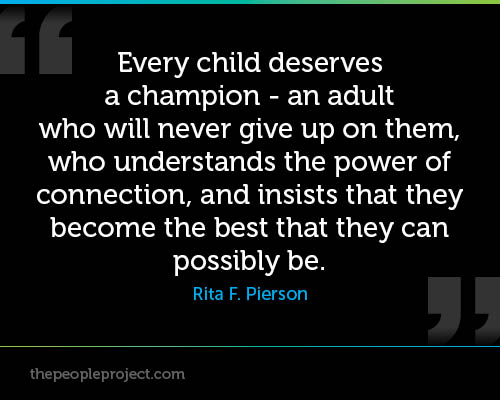 Well, that’s a whole lot of learning from watching TV.